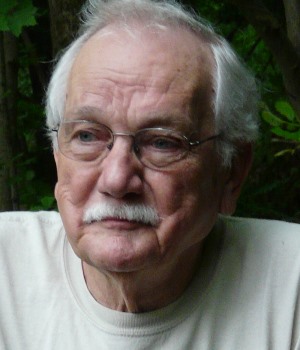 Alan Reeser McIntyre, 83, of Lititz, Pennsylvania, passed away unexpectedly on April 1, 2016 at Lancaster General Hospital. He was the loving husband of Anna (Toews) McIntyre, and devoted father of Rebecca (McIntyre) Smith (wife of Kenneth A. Smith) and Lauren (McIntyre) Evers (wife of the late Darrell Evers).

Alan was born in Lemoyne, Pennsylvania, to William Wesley McIntyre and Claire Reeser McIntyre. He graduated from Manheim Township High School and served in the U.S. Navy on the U.S.S. Everglades as a Molder-Fireman during the Korean War. He worked as a machinist for over 25 years, retiring from AMP, Inc. (Aircraft Marine Products) in 1995.

He was an active member of Steffin Hill Presbyterian Church of Beaver Falls, Pennsylvania, where he and his wife lived for 10 years.  Recently, they moved back to the Lancaster area and lived at Landis Homes.  He was a member of Big Brothers of America, AMP Nimrods, and the NRA.

He was an avid naturalist, hunter, bird watcher, and woodsman.  A favorite past time of his was to fish the Susquehanna River for bass, carp, and catfish. His hobbies were wood working and carving, candle making, wild game cookery, trail hiking, and motorcycling. He used his ingenuity and knowledge as a machinist to design and build a wood-splitter, pig roaster, and smokehouses. He was an avid reader, preferring biographies and non-fiction stories.

On lieu of flowers, contributions may be made in memory of Alan McIntyre to the “ACS JOSEPH S. & JEANETTE M. SILBER HOPE LODGE”, Cleveland Ohio, (see https://donate.cancer.org/index?campaign=hl08cleveoh).

Offer Condolence for the family of Alan R. McIntyre