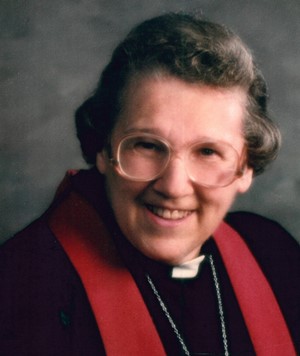 Agnes Douglas Kuentzel, 93, of Lancaster, PA passed away on August 13, 2016. She was born on April 29, 1923 in Chester, SC, the daughter of Robert Langdon Douglas and Mary Kirby McAlpine Douglas.

Agnes received her undergraduate degree from Agnes Scott College in Decatur, GA, and then went on to earn a Bachelor of Divinity degree from Princeton Seminary, where she was only the third woman ever to receive this degree. At Princeton, she met her husband, Dr. Walter F. Kuentzel, Sr., who predeceased her in 1957, the result of an automobile accident. After raising her three children as a single parent, she embarked on a career in ministry and pastoral counseling. To prepare herself, she earned a Master’s degree in Christian Education, and two Master’s degrees in psychological counseling. In 1976, she became only the second woman ordained as a minister in the Concord Presbytery of North Carolina.  She worked for nearly 15 years at the Lancaster Career Development Center, which provided psychological screening and pastoral counseling for ministerial candidates. After retiring from the Career Development Center, she worked as an interim pastor for a variety of churches in the Lancaster, Pennsylvania area. She was a member of the Donegal Presbytery and attended First Presbyterian Church in Lancaster, volunteering in the church for many years in a variety of capacities. She spent the last years of her life at Homestead Village Retirement Community.

The family wishes to thank the staff at Homestead for the dignity and respect they have shown Agnes, especially the staff at Gelhard House. She was an avid reader, swimmer and philanthropist.

In addition to her parents, she was preceded in death by her brother, Robert L. Douglas of Winston-Salem, NC.  She is survived by her sister, Mary Stauffer of Carrboro, NC and her three sons, Dr. John Kuentzel of Plainsboro, NJ, Craig Kuentzel and his wife, Kerstin, of Sun Prairie, WI and Dr. Walter Kuentzel, Jr. and his wife, Valerie, of South Burlington, VT.  She also leaves five grandchildren; Stuart, Benjamin, Elizabeth, Robert and Alexandra Kuentzel.

A funeral service will be held at 11:00 a.m. on Friday, August 19th, 2016 at the First Presbyterian Church in Lancaster, Pennsylvania. The family will receive friends at the Church from 10:00 a.m. until 11:00 a.m.  A memorial service will also be held in Chester, South Carolina on Monday, August 22nd at 1:00 p.m. in the Chapel of the Barron Funeral Home, followed by internment at the Evergreen Cemetery.

Offer Condolence for the family of Agnes Douglas Kuentzel