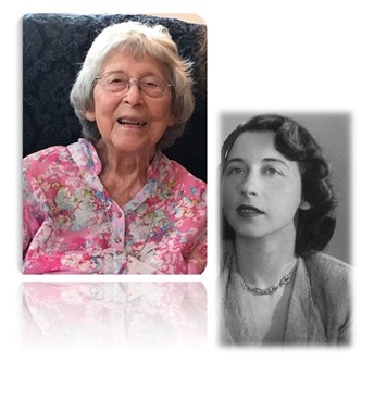 Adele Berardi, 100 of Lancaster, PA died peacefully on February 17th, 2022.  She was the loving wife of Frank Berardi, now deceased, and they enjoyed 66 years of marriage together.

She was born in New York City to Joseph and Sophie Turshin.  She and her husband Frank met while studying at New York’s City College, and they spent forty-five years of their married life in Bayside, New York before moving to Lancaster.

Adele worked much of her adult life, engaging her passions for teaching, science, organizational leadership, and social justice.  She served first as a Navy electronics inspector during World War II, then later as a teacher for Eduforce and as an administrator for the New York State Energy Research Authority.  Finally, she served for 15 years as Director of Legal Personnel for a major New York law firm, where she took a lead role in minority hiring.

Adele and Frank loved to entertain, and Adele’s multi-course dinners were legendary among family and friends.  They also loved to travel, especially with their dear friends Leo and Sylvia Secunda.  Adele was both a seeker and a teacher.  She was a loving listener and a sage advisor to family and to friends of all ages.

She was a very active member of the Long Island Ethical Society and then became an active member of Lancaster Friends Meeting.  Late in life she helped form and convene a science and spirituality book group now remembered for its blend of stimulating exploration and conviviality.

Offer Condolence for the family of Adele Berardi