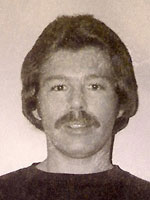 Born in Lancaster, he was the son of Abram K. “Ken” and Kathryn E. Rittenhouse Hartsough of Lancaster.

Abram had been employed for many years at Alcoa and Precision Products. He was a 1968 graduate of J.P. McCaskey High School and a member of Faith Covenant Church in Ephrata. Abram enjoyed spending time with his family, anything with the outdoors, especially hunting and fishing, riding motorcycles and following the Dallas Cowboys.

A Funeral Service will be held on Friday, October 14, 2011 at 7:30 PM at the Kearney A. Snyder Funeral Home, 141 E. Orange St., Lancaster, PA with the Rev. Timothy Heritage officiating. Friends may call at the funeral home on Friday from 6:30 PM until the time of the service. Interment will be private and held at the convenience of the family in Millersville Mennonite Cemetery. In lieu of flowers, contributions in his memory may be made to Hospice of Lancaster County, 685 Good Drive, P.O. Box 4125, Lancaster, PA 17604-4125.

Offer Condolence for the family of Abram K. Hartsough, Jr.