You are here: Home / About Us / Our Staff
“Our most valuable asset is our caring staff.”

Once you request the services of DeBord Snyder Funeral Home & Crematory, we will immediately put our experienced funeral professionals to work for you. Our dedicated, licensed funeral directors will stay in contact with you every step of the way and guide you through the decision-making process. He or she will carefully explain your options, make recommendations at your request, take care of all the small details, and ensure that you and your family’s personal preferences are carried through. 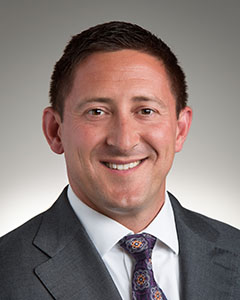 Jeremy was born September 24, 1981, in Lancaster, PA and is the son of Mark and Diane Snyder DeBord. He grew up involved in the funeral business as he lived above the family’s funeral home on East Orange Street for most of his childhood. Jeremy attended elementary school at Lancaster Country Day School. Jeremy decided to attend Hempfield High School where he excelled at basketball, earning the admiration of first team All-District with honorable mention All-State honors. Following high school, Jeremy attended Millersville University and graduated with a bachelor’s degree in business administration. He continued his education by graduating from the University of Phoenix with a master’s degree in business. Jeremy spent the first four years of his professional career with Volvo Construction Equipment where he held various positions within the organization, ranging from Product Marketing Manager to Regional Sales Manager. Midway through 2009, Jeremy decided to follow in his parents’ footsteps and attend mortuary school where he graduated in 2010.

Jeremy, a licensed funeral director, and his sons, Ethan and Austin, currently resides in East Hempfield Township. Jeremy is the President of the Rotary Club of Lancaster and is active in a variety of committees, served on the Fulton Opera House Corporate Campaign, a volunteer and supporter of Hospice & Community Care, active in the Chamber of Commerce, as well as a variety of other organizations. In 2013, he was awarded the Central Penn Business Journal’s “40 under 40” award which honors the top 40 business executives under the age of 40. Jeremy and his children attend Grace Baptist Church. Jeremy’s purchasing the firms officially makes him the 4th generation owner of the family owned funeral homes.  In what little free time he has, Jeremy enjoys going to the gym and spending time with his two sons. Email Jeremy here. 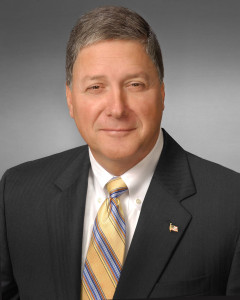 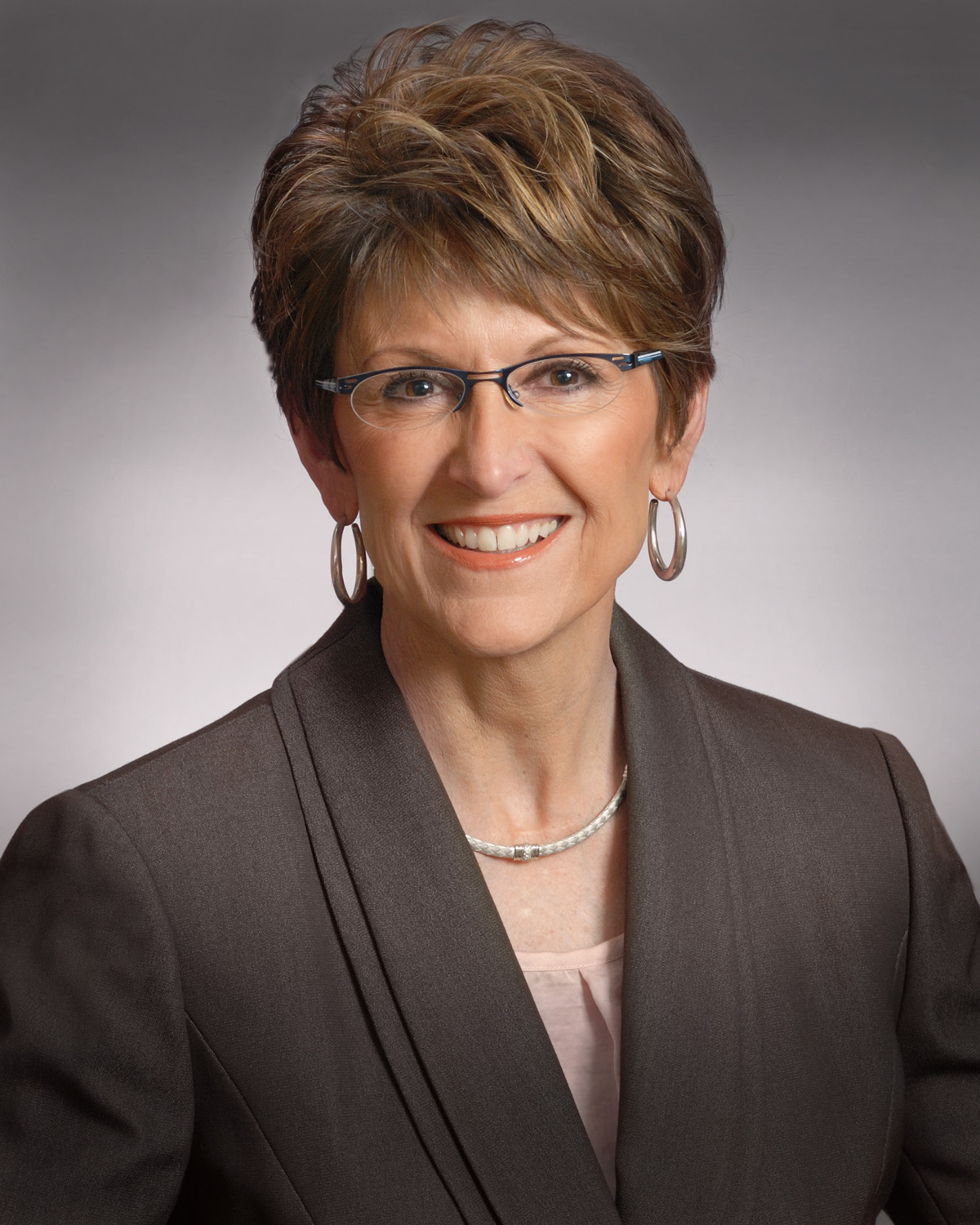 Diane was born on October 5, 1956. She is the daughter of Kearney and Susie Taylor Snyder of Lancaster. Raised in Lancaster City, living above the funeral home most of her life, she grew up in the funeral business with her parents and grandparents as mentors. She often spent time in the office as secretary/receptionist, becoming familiar with the business. Diane attended Lancaster city schools and graduated from J.P. McCaskey in 1974. Immediately following high school, she attended Drexel University for one year, majoring in food and nutrition. She then transferred to West Chester University as a music major. Being undecided about her life’s ambition, she took some time off and worked at the funeral home. She married Mark DeBord in 1976, and after several years of marriage they both decided to attend the Cincinnati College of Mortuary Science. They graduated from the college in 1980 and have been working at the funeral home since that time. Diane is an active member of the First United Methodist Church. Specifically, she is a member of the Chancel Choir and Soloist. She enjoys singing at other churches and often sings for funerals and weddings. She volunteers her time singing at various churches and retirement communities, including Willow Valley and Woodcrest Villa. Her favorite hobby, besides singing, is cooking and baking. Email Diane here. 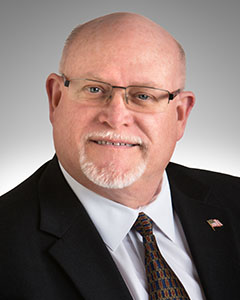 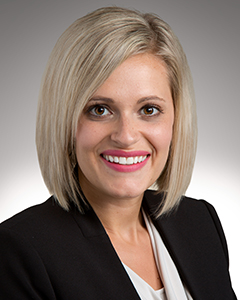 Jordan joined our team at the beginning of 2017 after graduating Magna Cum Laude from the Pittsburgh Institute of Mortuary Science, where she received the Eugene C. Ogrodnik Entrepreneurial Award.  Originally from Hanover, Jordan moved to Lancaster County in 2010 to attend nursing school. After working primarily in the Alzheimer’s units at Brethren Village and Landis Homes, she was called into funeral service. She believes the transition from the nursing field has prepared her for helping families in their most difficult time of need.  In her spare time, Jordan enjoys spending time with family, finding new places to eat, traveling to places she has never been  before and spending time with her dog, “Mister.”  Email Jordan here. 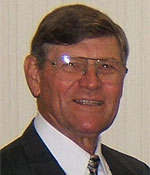 Kearney A. Snyder, born July 17, 1933, son of C. Abram and Ruth Yoder Snyder of Lancaster PA. He attended local elementary schools, Edward Hand Junior High School and J.P. McCaskey High School, graduating in 1951. He graduated from Eckels College of Mortuary Science, Philadelphia, PA. In 1955, he entered employment at his father’s firm, the C. Abram Snyder Funeral Home. He is a member of the National Funeral Directors Association and the Pennsylvania Funeral Directors Association. He is a current member and past president of the Lancaster County Funeral Directors Association. He is a life member of the First United Methodist Church. He served as past treasurer and past president of the Board of Trustees, member of the Ushers Association and was active in many other committees and boards. He is past president of the Lancaster Kiwanis Club, recipient of the Legion of Honor and had 40 years perfect attendance, a current member of the Hamilton Club, was a board member of the Salvation Army, and a member of Aircraft Owners and Pilots Assoc. He is the husband of Susie Taylor Snyder and the father of four adult daughters, who all live in Lancaster County. Kearney is currently enjoying his retirement. 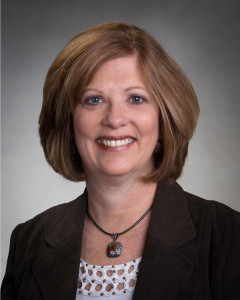 Audrey joined the DeBord Snyder Funeral Home & Crematory in 2009 and has been involved in the business world for many years before that time. Her role at the funeral home is to present a welcoming voice on the phone and in the office in addition to providing administrative support to the funeral directors. She enjoys interacting with the families that she serves and realizes that even though this is a difficult time she hopes in some small way she is making a difference.

Audrey is a member of First United Methodist church in Lancaster and serves there in various ways. She is married to Jeff and they have three grown daughters and five grandchildren who fill their life with so much joy. Her heart for missions has given her the opportunity of serving on a team that traveled to New Orleans and Nicaragua and she has led youth trips to Tennessee, Kentucky, and West Virginia. She also has served in volunteer capacities within her community. She loves to explore new destinations with family and friends, walking with her two-year old boy, Reilly, her black lab, swimming for fun and exercise, and checking out new restaurants and local events in the city.  Email Audrey here. 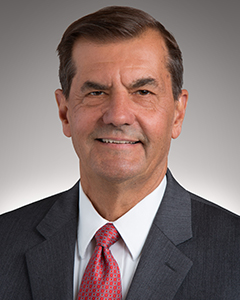 Walt is a life long resident of Lancaster. He is a McCaskey graduate and also holds a Bachelor of Science Degree from Penn State University. Walt is retired from a 40 year career in operations and sales management in the food industry.  He has been married to his wife Susie for 40 years. They are the parents of two sons and also two grandsons.    Walt’s enjoys boating, running, golf, fishing, travel and spending time with his family. 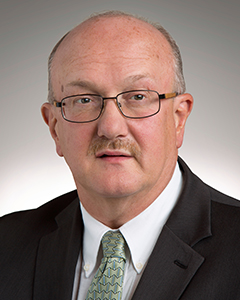 Jay joined DeBord Snyder Funeral Home & Crematory in December of 2017.  After graduating from Garden Spot High School, he was a machinist at CNH (Sperry New Holland), retiring in January 2017.  While not having any children of his own, he keeps busy with four Godchildren and their children.  Jay is very active in his church, Salem U.C.C. of Rohrerstown, and is a member of the Mountville Lions Club, and Columbia Masonic Lodge #286.  He enjoys volunteering with many different groups and can be found the second Saturday of the month working at the Lancaster community breakfast, which he has done for the past 15 years. 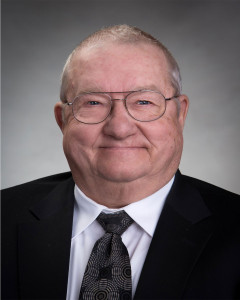 Don joined the DeBord Snyder Funeral Home & Crematory staff in June 2007 after working 43 years for Beck Industries in Leola, PA as Plant Foreman. He was born and raised in Moultrie, Georgia and graduated from Moultrie Senior High School in 1966. Don resides in Lancaster City with his wife Judy and attends St. Mary’s Catholic Church. Don enjoys golfing, hunting and fishing. He is an active member of the Commercial Travelers’ Association. 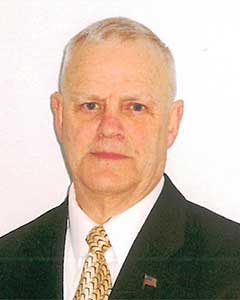 Mark joined DeBord Snyder Funeral Home & Crematory in 2007. Mark graduated from York Catholic High School. After school, he served in the U.S. Navy as a Petty Officer Third Class Personnel man. Mark retired from Armstrong World Industries as a Production Supervisor, having worked there 33 years. While at Armstrong he attended Franklin and Marshall College and received a certificate of achievement in Management. He and his wife, Susan, live in Manheim Township and are the parents of two sons. Tom and his family live in Northern Philadelphia. Greg and his family live in Northern Virginia. Mark and Susan are active members of St. Anthony of Padua Catholic Church. Mark enjoys walking, going on vacation, reading westerns, and most of all, spending time with his family. 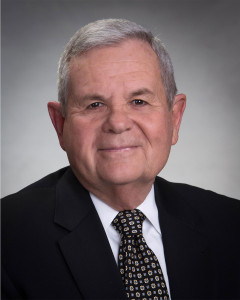 Jack Brinker is employed by DeBord Snyder Funeral Home & Crematory as a part time funeral associate. Before retiring Jack was a PPL employee for 31 years residing in Lancaster, Harrisburg and Allentown. His final position was Lancaster Area Manager. He is a graduate of Manheim Township High School and Juniata College. His wife, Sally, of 53 years and he live in Landisville and are the parents of Lisa married to Kevin Barton who reside in Bolingbrook, Illinois. They are the proud grandparents of 2 young men living in the Chicago area. Jack and Sally are active members of the Lutheran Church of the Good Shepherd serving the parish in various ways. Jack has had a long time desire to work in a funeral home but that opportunity never arose until his retirement. Helping people in time of need provides fulfillment for him. Traveling to places where palm trees grow, visiting family and enjoying the fine restaurants in our community are some of Jack’s favorite activities. 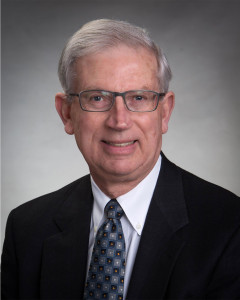 Jim is a part time funeral associate. Jim’s career before retirement was in the health insurance industry in marketing, and executive positions. He began work with Prudential in 1971, following 4+ years of active duty in the Air Force. He was located in Houston, New Orleans, Houston, and Austin prior to relocating to Lancaster in 1985. From November 1985 through August 2004, he served in an executive capacity with HealthGuard of Lancaster. He then served in a consulting role with Benecon before accepting an executive role with Teachers Protective Mutual Insurance Company in 2006. He retired from full time work in July of 2014. Jim holds a bachelor’s degree from the University of Pittsburgh and several insurance industry designations. He and his wife, Janette, have been married 46+ years and have two grown daughters and four grandchildren, who all reside in Lancaster. He and Janette are actively involved in their church and are big college basketball fans, traveling annually to an early round location of the Men’s NCAA “March Madness”. They reside in East Hempfield Township.

The DeBord Snyder Funeral Home & Crematory has volunteered or supported the following organizations:

James R. “Jim” McCullough, 72, of Strasburg, was greeted by his Lord and Savior on Sunday, END_OF_DOCUMENT_TOKEN_TO_BE_REPLACED