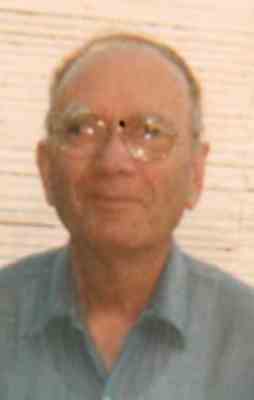 Aaron Herr Souders, 85, of Washington Boro, passed away following a brief illness on Wednesday, March 23, 2016 at the Mennonite Home.

Aaron was married 59 years to Mary Kathryn Stauffer Souders.  Born in Millersville, he was the son of the late Aaron C. and Elizabeth Herr Souders.

Aaron was a farmer into his midlife and then was employed by Turkey Hill Dairy.  Overlapping both careers, he served as the minister of Masonville Mennonite Church for 40 years.  He enjoyed reading, gardening and woodworking.

Surviving besides his wife is a son, Aaron husband of Dianne Souders of Millersville; two daughters, Miriam wife of Luis Murillo of Lancaster, and Naomi wife of David Brenneman of Lancaster; five grandchildren and two great grandchildren.

A Funeral Service will be held on Monday, March 28, 2016 at 11:00 A.M. at Living Light Mennonite Church, 2625 Safe Harbor Road, Washington Boro, PA.  Relatives and friends may call at the church on Monday from 10:00 A.M. until the time of the service.  Interment in the adjoining church cemetery.  In lieu of flowers, contributions in his memory may be made to Living Light Mennonite Church.

Offer Condolence for the family of Aaron Herr Souders