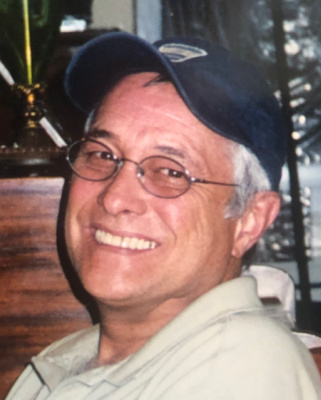 LANDISVILLE, Pa. — Robert Dean Stambaugh, 72, a man with great faith, many talents, interests and friends, and much good humor and kindness, died Jan. 7, 2022, with his wife Barbara by his side. He died after a brief Covid-related illness at Lancaster General Hospital.

Bob nurtured many beloved friendships over decades and often traveled to visit far-flung family members. He enjoyed antiquing, dogs and cats, old cars, politics, music, Cleveland sports, movies, attending church, and renovating a house in Smethport, Pa., where he and Barb planned to live out their retirement years.

The eldest son of Dean and Dorothy Fink Stambaugh, Bob enjoyed his childhood in Garden City, Long Island, where he became an Eagle Scout, then moved with his family for his senior year to northeast Ohio. He graduated from Brecksville High School, where he made lifelong friends and played keyboard with the Cleveland rock band Shattered Nurves.

At Ohio University, Bob continued playing in bands, including The Ohio Entertainers, and was proud to be one of Coach Gene Thrailkill’s original Marching 110 Men of Ohio from 1967 to 1971, playing the cornet. He was a member of Phi Kappa Sigma fraternity, was in Air Force ROTC, and completed private pilot training. He graduated with a Bachelor of Science degree in communications. He returned to Athens several times over the years to play in the Marching 110 Alumni Band.

Before retiring in 2007 to move in support of his wife’s career and to help his brothers care for their aging parents, Bob’s working life reflected his eclectic interests. He managed Sound Associates in Findlay, Ohio, and was a project manager for Findlay Industries, where he brought technology from Germany to license in the manufacture of automotive parts. He was a channel manager for Continental Cablevision, a broadcast technician for TV-47 in northwest Ohio, a holographic laser technician for Holovision Systems, Inc., a letter carrier for the U.S. Postal Service, a substitute teacher, and a paralegal.

Outside of work, he has served as a Sunday school teacher, secretary for his letter carrier union in Findlay, and a volunteer for America’s Freedom Lodge in Utica, Ohio, which is a faith-based, non-partisan, nonprofit that provides wilderness recreation for disabled and paralyzed veterans.

With his wife, Bob actively supported shelters, veterinary care, and rehoming for stray and wounded animals, often putting himself in tough situations to help a cat or a dog. He also became a lifetime member of the Penn State Alumni Association after fulfilling a bucket-list goal of graduating from PSU’s famed Ice Cream School.

A funeral service will be held at 10 a.m. Wednesday, Jan. 12, at DeBord Snyder Funeral Home, 141 E. Orange St., Lancaster, Pa., with the Rev. Christopher Seifferlein officiating. The service will be live-streamed at https://my.gather.app/remember/robert-dean-stambaugh. The family strongly encourages remote attendance rather than in-person. There will be no gathering after the funeral because of the pandemic. Burial will be the next day at Rose Hill Cemetery in Smethport.

In lieu of flowers, gifts in Bob’s memory may be made to your church, local humane society, or a veterans support organization.

Offer Condolence for the family of Robert Dean Stambaugh