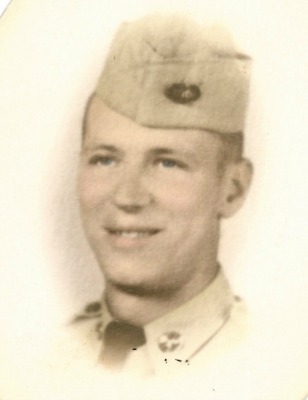 Herbert Walters, 87, of Rohrerstown, passed away on August 7, 2016 at Manor Care Health Services.  He was the loving husband of Carolyn (Seachrist) Walters to whom he was married to for 63 years.

Born in Rohrerstown, PA., where he resided his entire life, he was the son of the late Herbert W., Sr., and Stella (Weimer) Walters.

In his spare time, he enjoyed sports especially hunting and fishing and playing golf with his “work buddies.” He also played basketball and baseball at Hempfield High School where he graduated in 1946. He worked for Federal- Mogul for 43 years, (formerly Bearings Company of America).

He proudly served in the US Army during the Korean War where he was a tank driver and instructor.

In addition to his wife Carolyn, he is survived by his sons, Rickey Walters and Timothy Walters (husband of Beth) and daughters, Joanne Leas and Jennifer Heaps (husband  Tyrone).  He was predeceased by a son, Gerald Robert Walters.  Also surviving are many grandchildren and great-grandchildren.

Offer Condolence for the family of Herbert Walters