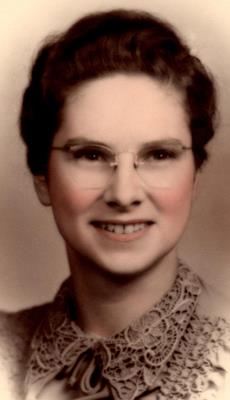 Grace Irene Gibble, 93, of Elizabethtown PA, went to be with the Lord on February 2nd, 2016, at Hospice & Community Care of Mount Joy, PA.

She was the daughter of the late Jamie Hostetter and Jennie Geib Hostetter.

She was preceded in death by an infant son, Jay Harold Jr. and her husband Jay Harold Gibble.

She was a member of Cross Roads Brethren in Christ, Mount Joy , PA.

Her last place of employment was Highlander Cleaners in Elizabethtown where she worked as a seamstress.

The service is being held at Elizabethtown Alliance Church, 425 Cloverleaf Road, Elizabethtown, PA. There will be no viewing.

In lieu of flowers, memorial contributions in Grace’s name can be sent to Alliance Church, at 425 Cloverleaf Road, Elizabethtown, PA, 17022.

All contributions will go to support overseas missionaries.

Offer Condolence for the family of Grace Irene Gibble