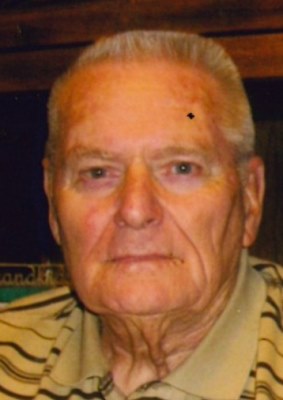 Tom Williams, 98, of Lancaster, our beloved husband, dad and pap went Home to be with our Lord on Christmas Eve, December 24, at St. Anne’s Retirement Community.

Tom was the youngest (and last) of six children of William and Priscilla Williams.

Tom began his career in law enforcement in 1947 with the Lancaster City Bureau of Police, retiring as Captain of Detectives in 1972 after 25 years of dedicated service.  Upon retiring as police officer, he was appointed Chief Deputy with the Lancaster County Sheriff’s Office.  He then served two terms as the elected Sheriff of Lancaster County, retiring in 1988 after 41 years in law enforcement.  During his off-duty hours and after retirement, Tom found much pleasure working with vehicles.  His family and many of his co-workers benefited from his many nights and weekends working at Angelini & Groff’s Garage.

Tom was the patriarch at Redeemer Lutheran Church, being the oldest male member of the church.  He also was a member of the Fraternal Order of Police Red Rose Lodge #16 and the PA Sheriff’s Association.

A special “thank you” to the wonderful nurses, CNA’s and staff at St. Anne’s for the loving care given to Tommy.

Relatives and friends are respectfully invited to attend a funeral service in Redeemer Lutheran Church, 500 Pearl St., Lancaster, PA on Wednesday, December 30, 2015 at 11:00 a.m. with the Rev. David D. Kreider officiating.  The family will greet friends at the church on Wednesday from 9:30 a.m. until the time of service.

In lieu of flowers, contributions in his memory may be sent to Redeemer Lutheran Church, 500 Pearl St., Lancaster PA 17603.

Offer Condolence for the family of Thomas Williams