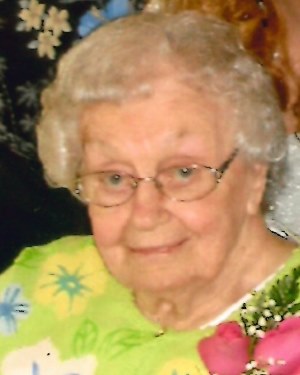 Dorothy E. Goss, 97, of Willow Street, passed away on Monday, November 16, 2015 at Hamilton Arms.  She was wife of the late Raymond W. Goss to whom she was married for 65 years.  Born in Lancaster, PA she was the daughter of the late George and Bertha (Lonkowski) Good.

She spent her life as a homemaker dedicating herself to her loving family.

A former track star in High School, she later enjoyed cooking, shopping, crocheting, playing the piano, traveling with her late husband, and spending time with her granddaughter.  She worked at Watt and Shand and Armstrong World Industries.  She was a kind and compassionate soul who always put others before herself.

She is survived by a son, R. Richard Goss (husband of Olga Cvizic), a granddaughter, Suzanne K. Mannix (wife of Jamie) and a great-granddaughter Mackenzie Kate.  She was predeceased by her brothers, Richard and George Good.

Offer Condolence for the family of Dorothy E. Goss