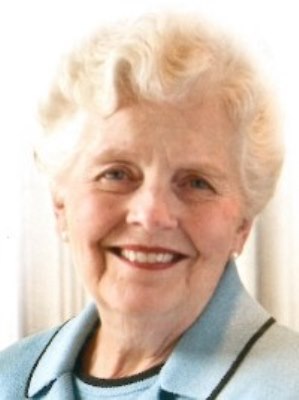 Betty graduated from McCaskey High School in 1957 and from Temple University in 1961.  During her years of employment she worked in Philadelphia for several years at Philadelphia Electric in Public Relations.  She also worked four years for her husband’s medical practice.  In the nineteen-nineties, she worked for three years at Franklin & Marshall College in the Admissions Office interviewing potential students.

Betty focused her life on her family and friends.  She was an active walker and gardener in her younger years.  She and her late husband were avid travelers, especially when they lived in Europe from 1965 to 1968 while her husband served in the Army there.

She is survived by a son, Doctor Bradford Scott Pontz, husband of Heather B. Pontz of Fairfax, VA, and a daughter, Jennifer Pontz Slocum, wife of Brian G. Slocum of Sacramento, CA; four grandchildren, Gavin H. and Everett W. Slocum and Eleanor M. and Jack B. Pontz; and a brother, James Edward Grove of Marina Del Rey, CA.

Relatives and friends are respectfully invited to attend a memorial service at Highland Presbyterian Church, 500 E. Roseville Rd., Lancaster, PA on Wednesday, August 12, 2015 at 11:00 a.m. The family will greet friends from 10:00 a.m. until the time of service.

Offer Condolence for the family of Betty Grove Pontz